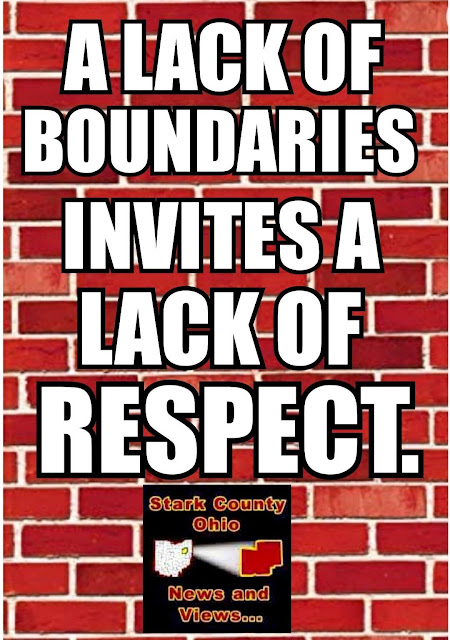 Re: Enforcement of McCunications Media's "Civic Integrity", "Zero Tolerance" policy, on our Stark County, Ohio News and Views... Facebook and other social media pages.
There are, by far, more good people in Stark County, Ohio than there are bad.
People who are passionate about our community; who act responsibly with concern for the greater good; who are caring, giving of their time, effort, and dollars; we have patriots who put country before party, who stand in defense of our Democracy and the Constitution of the United States.
These are the people we publish for.
The problem we have in this community, though, is that we have people who are the human equivalent of Cancer.
People who are self-centered; perpetually negative; ignorant; ill-mannered; inconsiderate of others; uncivil; disrespectful; hostile; insulting; argumentative; hateful; and mean.
Yes, Stark County is burdened by people who are dishonest; Coronavirus Deniers; racists; bigots; people who have poisoned the well, who are willfully ignorant, who parrot lies, who perpetuate conspiracy theories, who seek to make civil discourse all but impossible, who attack relentlessly; all while supporting a self-promoting, dishonest, unprepared, incompetent political neophyte, who preached a failed philosophy of elitism, of division, of exclusion, of hate, all while seeking to undermine the very core of our Democracy.
Stark County, Ohio News and Views... informs, educates, influences and inspires; we promote Stark County; we curate news which impacts our community.
Trolling of our Facebook page by fans and random strangers alike (beginning on or about March 11, 2020) has necessitated the permanent removal, banning of people who are on the wrong side of a culture war. People previously mentioned who represent the worst of our society
Thus, our Facebook page will never return to what it was, prior to March 11, 2020. In fact, the moderators and I will be even less tolerant of the inappropriate behaviors described above.
As of today, February 4, 2021, this action officially has a name... Enforcement of McCunications Media's "Civic Integrity", " Zero Tolerance" policy.

Beginning today and forever more we will function in a manner to fulfill our mission, to advance our cause and to oppose those who wish to be an obstacle.
To those of you who have supported our effort over the past 13 years and you who will support in the future, THANK YOU.
Management
McCunications Media Network
Posted by Anthony McCune at 7:30 AM