The Reality Of Our Situation

The Reality Of Our Situation 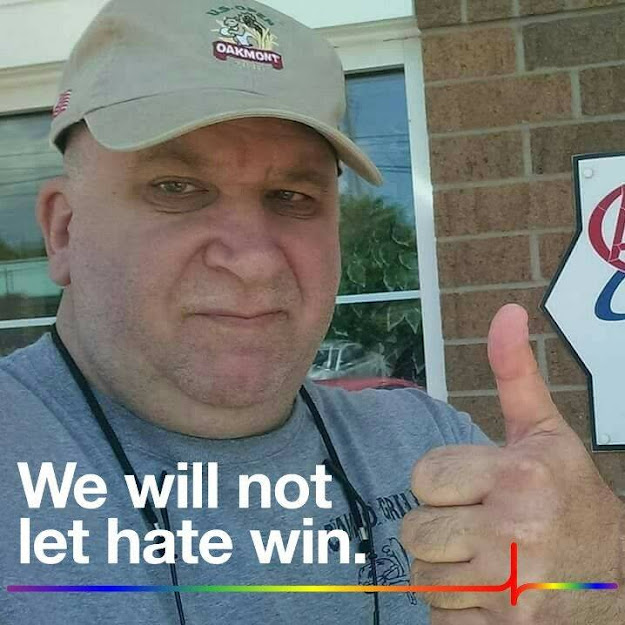 I stepped away from Facebook for a few days, worked on our blog, www.StarkCountyOhio.org and took some time to ponder our situation.

Our Stark County, Ohio News and Views... Facebook page had a good run, for 10 years, with no more than minor disputes, inconsequential disruptions and an attempted character assassination now and then.

That was before the emergence of the Novel Coronavirus Pandemic, the murder of George Floyd, followed by a resurgence of the Block Lives Matter movement, and Donald Trump’s chaotic, reckless response to both matters which have directly impacted the State of Ohio and Stark County.

I’ve been a working writer for nearly 45 years; for 35 of those years I have worked in marketing; add to that 27 years of working on various online projects.

Truthfully, no work I’ve done has been more difficult, and stressful, than running this Facebook page for the past three months. The lack of humanity I’ve encountered has been startling and exhausting.

Building this page, from nothing, in support of a blog, to grow an audience of 21,689 fans required a huge investment of time and a great deal of work.

We’ve done what nobody in this community had attempted before; and while other so-called “Stark County” pages have come and gone, some masquerading as community pages when, in fact, their only purpose was to promote a business, we soldiered on, for, at this point, 12 1/2 years.

I have never asked much of our Facebook fans, occasional readers or, even, foes.

I ask people to be respectful; I ask people to refrain from posting lies; I ask that people not SPAM our page; all to no avail. Disagree, I say, it’s not a problem, but, respond with a thoughtful argument; but, instead, people engage in trolling behavior.

After writing less than a dozen, over a nearly 10-year span, I’ve written more than 25 posts, since April 6, responding to questions asked, objections aired and lies being told; as well as being disrespected, insulted and attacked.
All this with no positive affect. I, in fact, have been insulted and attacked for writing the posts, BY THE PEOPLE who the posts were written about.

We’ve been curating news, for the past three-and-a-half months, out of necessity. Not due to preference.

I’ve permanently removed in excess of 1,000 fans from our page and more random strangers than that, due to their malicious behavior.

I, truly, never imagined there were so many people who LIKED our page, dedicated to promoting Stark County, that care more about Donald Trump than our community. Nor the number of racists.

I’ve asked that people scroll by if we post something they disagree with, to no avail. Quite the opposite, people who rarely, if ever, participate, appear on the page only to spew hatred.

Then, when I, or our editor, remove someone from the page, they enlist family and friends to post lies, to post insults and to post attacks.

Life is short and time is precious. This, I know to be true.

Our LIKES counter is currently sitting at 21,138. To our fans, and friends, who have been on the page since prior to March of this year, THANK YOU.

As hard as it is to believe, in the past month we’ve had to remove people who LIKED the page for its entire existence of 10 years; because instead of choosing to support our effort to promote the community, they chose to troll, to SPAM, to post in support of Donald Trump’s Coronavirus agenda, opposing Public Health, and to post in support of white supremacy and opposing Black Lives Matter.

More important than adding fans, though, is having civil discourse on the page and eliminating negativity.

It should not be necessary to police the behavior of adults. It should be clear that we have no interest in arguments occurring on this page.

It is bad for mental health, it is bad for physical health and we will no longer tolerate uncivil behavior. Anyone wishing to engage in a Culture War, choosing Donald Trump’s positions over anything and everything else, will not do it on this page.

If you’re unable or unwilling to function as a responsible member of the page, you can remove yourself or we will remove you and there will be no drama. I’m not spending any more time writing posts like this.

Nor am I going to spend time answering questions which which have been asked and answered numerous times before.

There are two things which I will address.

“Why am I seeing political posts on this page?” you’re not. “I thought this page was supposed to be free of politics.” It is.

We’re apolitical. Donald Trump appearing in a post, related to the Novel Coronavirus Pandemic and/or Black Lives Matter, does not make it political. That’s it, those are the answers and no further explanation is needed.

We’re done with that.

Our editor is authorized to moderate discussions, trusted to delete inappropriate comments, without replying first, and empowered to remove people from the page.

IF you have an inappropriate comment deleted, without receiving a response, and you comment inappropriately again, you’ll definitely be removed from the page. Without notification.

It’s inconsequential, we understand. People who behave in this manner don’t care about being on the page anyway. But, these people are the human equivalent of Cancer and we don’t want our page to be infected. Removing you is good for the page, it’s good for Stark Count and it’s good for society. So, there’s that.

We’re rather have fewer people who are interested in and dedicated to promoting Stark County than a whole lot more people who are simply bad human beings.

This should be perfectly clear and need no interpretation.

Email ThisBlogThis!Share to TwitterShare to FacebookShare to Pinterest
Labels: A Note from the Publisher, Facebook, Social Media