"Our Story", A Community Blogging Pioneer In The Age of the Novel Coronavirus Pandemic And Black Lives Matter 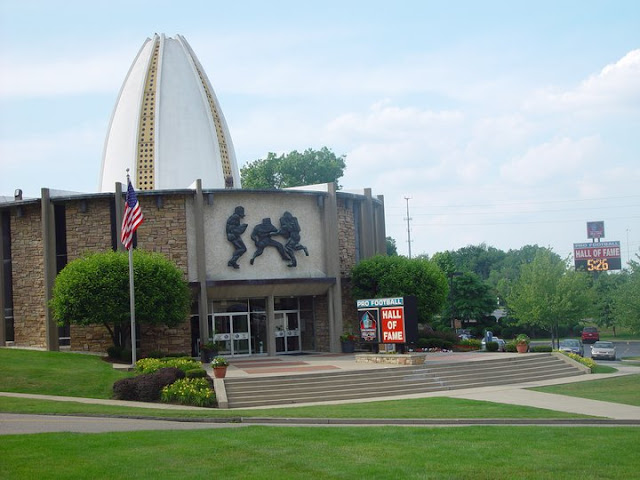 "Our Story", A Community Blogging Pioneer In The Age of the Novel Coronavirus Pandemic and Black Lives Matter; from the Stark County, Ohio News and Views... Facebook page.

Writing “the story” of Stark County, Ohio News and Views... is something that I’ve had to give much thought. As it’s been a long journey from the day we published our first blog post to the present day.

I’VE CHOSEN TO IGNORE:
There was a time when authority to promote a city, a county or a region was the exclusive role of travel bureaus (funded primarily by a hotel/motel “bed tax”) and Chambers of Commerce, whose accountability is to serve their members.

Beyond that, it was the job of a local newspaper to inform, educate and promote.

What was missing was the independent voice of a journalist, based in and passionate about the community. Further, someone with vision - that of an innovator, an entrepreneur, a business owner - and expertise in digital marketing; with the proven ability to sell intangible qualities of a product which has been overlooked, under valued and taken for granted.

McCunications Media, established by Anthony McCune, created something which had not previously existed on January 5, 2008.

It was at that point, when Stark County, Ohio News and Views... was launched, as an enterprise to fulfill a need, to provide a public service, with NO PROFIT MOTIVE, that objections arose.

Stark County, Ohio News and Views... was not an entity controlled by government, it was not an organization funded by membership fees and it did not depend on either fee-based subscriptions or paid advertising.

Stark County, Ohio News and Views... was, in January, 2008, and remains, today, independent and is self-funded.

Our only outside funding assistance comes in the form of donations, which we do not actively solicit.

Stark County, Ohio News and Views... was not welcomed with open arms by the Stark County Convention and Visitors Bureau; nor did local chambers of commerce welcome us to the community. In fact, we were looked upon as competition and opposed.

Members of the business community, large and small, sought to use (not utilize) and take advantage of both the Stark County, Ohio News and Views... blog and later the Facebook page. These people did not support our content, nor did they donate, even as little as $1, but they felt entitled to receive free publicity, simply because they were located in the confines of Stark County. In fact, they demanded free publicity.

It has been necessary over the course of 12 years to continually combat ignorance, a sense of entitlement and those who are dedicated to thwart and obstruct our mission to inform, educate, influence and inspire.

Stark County, Ohio News and Views... serves as a local resource, spreads positive news about our community throughout the region, across the country and around the globe. We contribute to the advance and growth of economic development in Stark County, Ohio.

Our mission (on Facebook) has expanded, out of necessity, as we have evolved to also serve as a content curator.

McCunications Media is also the producer of the “We Heart Stark Podcast”. It’s the first podcast dedicated to promoting Stark County, Ohio.

It must be noted, in telling the story of Stark County, Ohio News and Views..., as I write on June 4, 2020, that the past three months, since we began posting about the Novel Coronavirus Pandemic, have been an extremely difficult time on our Facebook page.

A concerted effort has been made to create a “community” on our Facebook page, which will work to spread a positive message about Stark County, to promote the best we have to offer, to showcase the jewels and shine a spotlight on the hidden gems.

Stark County, Ohio is not a perfect place, we certainly acknowledge, but we do not FOCUS on the negative. It has been our policy that there be NO POLITICS on our Facebook page as that is proven to be divisive and we have no interest in hosting partisan bickering.

It was the position of Stark County, Ohio News and Views... to support Republican Ohio Governor Mike DeWine and Dr. Amy Acton, Director of the Ohio Department of Health, when they issued a Stay At Home “lockdown” ORDER and implemented measures to slow the spread of Novel Coronavirus and flatten the curve (of Covid-19 infections and the demand for hospital beds).

Our Stark County, Ohio News and Views... page drew criticism for this position, saw political comments posted and was attacked by militant supporters of President Donald Trump, whose policies were in opposition to what was being mandated in Columbus.

It was at this point, when Donald Trump demanded that “reopening the country” would be a national priority; to ignore the ongoing threat of Novel Coronavirus and seek to bolster the economy, in order to increase his chance of being re-elected in November.

Stark County, Ohio News and Views... has opposed and continues to oppose Trump’s handling of the Novel Coronavirus Pandemic as well as his agenda to REOPEN. We have also opposed Governor DeWine’s subsequence to fall in line with Washington.

Outside agitators, who had had no previous involvement with our Facebook page, engaged in what has been characterized (in the national press) as a culture war; filling our posts with insulting comments, posting untrue information, engaging in vicious attacks and doing whatever possible to disrupt the orderly running of our social media.

In addition to removing, permanently banning, over 2,000 political militants, engaging in trolling behavior, we also had to remove more than 1,000 fans who had LIKED our page.

Those numbers are difficult to track; due to the fact that as established fans were removed, new people LIKED the page. Then within days or weeks those people had to be removed due to trolling.
By May 22, our LIKES (fans) count had dropped to 21,502 and rebounded to 21,544 by May 25.
It was on May 25, 2020 that George Floyd, a 46-year-old black man, was murdered by a white police officer in Minneapolis, Minnesota. The incident was caught on video.

While Stark County, Ohio News and Views... has always supported local law enforcement, as well as the Ohio State Highway Patrol, we stand in opposition to inappropriate behavior by police officers, abuse of power, and discrimination against African Americans and other minorities; as well as the killing of unarmed black men by white police officers wherever it may occur.

Predictably, our Facebook page’s support of the Black Lives Matter movement was opposed by racists; some identifying themselves as supporters of Donald Trump.

As with Coronavirus trolling, we had people writing comments which were either misrepresentations or outright lies; insults and attacks were also posted.

We would remove people from the page and remove inappropriate comments; just as fast as we could do that, those people who were banned recruited their family and friends to come to the page and repeat the same behavior.

It was necessary to remove 75 fans from the page in one day, due to racist remarks and inappropriate behavior, such as spamming.

We have devoted a great deal of time and effort to build the Stark County, Ohio News and Views... Facebook page over the past 10 years; as well as spending a substantial amount of money.

We have not, do not and will not condone unethical, disrespectful, abusive behavior, by people commenting on our blog posts or responding to posts on any of our social media pages. We will not be bullied, nor will we change our course due to threats.

It has never been easy to run our blog, our Facebook page or any of our social media pages. More difficult given that there is no money to be made from it.

Stark County, Ohio News and Views... EXISTS due to the influence of my grandmother, Sophia Blaszczak. I live my life to have a positive impact, to help where I can, to give what I can, to make a difference; all to keep her spirit alive.

I’m an imperfect human being, who has made mistakes and will make more. I’m a lifelong learner, a student of human behavior and an essayist who examines various aspects of our society. I’m also a workaholic, committed to do the best I can every day.

What I will never be is a doormat.

I will exercise that right as I see it.

Email ThisBlogThis!Share to TwitterShare to FacebookShare to Pinterest
Labels: A Note from the Publisher, Facebook, Social Media